Concluding this fantastic end of year concert run was yesterdays Riverside show in Zoetermeer. I'd seen them in the same venue last year after the release of their previous album. This tour was to promote the third and final part of their trilogy, Rapid Eye Movement. Since we arrived quite early we found a great place on the balcony, with perfect view of the stage to enjoy a great show. More in this review on Progwereld.org. 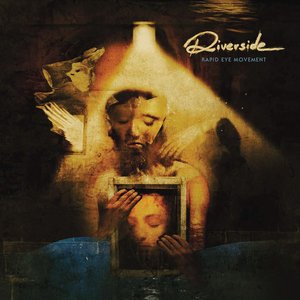 Went shopping in Haarlem yesterday, bought some nice things. Should have spared my feet though, because I had tickets for Riverside in Zoetermeer that very evening. But, despite the discomfort of sore feet, I must say it was a great show.

Opeth was wonderful, as always. I even bought a T-shirt. Singer Mikael Åkerfeldt was in a particularly talkative mood. At one point he even claimed to be Tom Araya after someone screamed 'Slayer' in answer to his question of who we thought they were. :-)

I'm not very good at remembering setlist, but I do remember they played 'Closure' from the Damnation album, 'Credence' from My Arms, Your Hearse, 'White Cluster' which appears on Still Life and the title track from Orchid.

Though I had a bit of a late night, I still had to set the alarm as my brandnew matrass was being delivered. So I'm now the proud owner of a real Eastborn matrass. Can't believe how heavy it is though. They recommend you turn it round every 2 weeks for the first few months to enhance its longevity. Hope I'll be able to.

I also found out Polish band Riverside will be playing Boerderij on April of next year. Tickets have been ordered. I've read some great reviews for earlier shows and really love the new album. Should be good!

Had dinner with T&T last night to catch up and watch the 500+ photo's taken in Chile (mind you, that was only a selection). They brought back a beautiful necklass and matching earrings for me. Both contain Lapis lazuli stones, which can only be found in Afghanistan, Pakistan and ofcoure Chile.

I'm going to see Opeth tonight, they're playing Boerderij in Zoetermeer. Opening act is Burst. Here's a review of a show they did last month. And on the same site you can find a review for the Porcupine Tree show I attended that same night.

I just got tickets to see Opeth in Zoetermeer. They're playing in De Boerderij on December 22nd. Can't wait! Meanwhile, I'm quite impressed with all the tattoos various people have of the Opeth logo. I quite like the way it turned out on some people, and do like the logo. But I just can't think of a nice place I'd like a tattoo. Which is probably also why I never got one of Ouroboros, which I once considered.